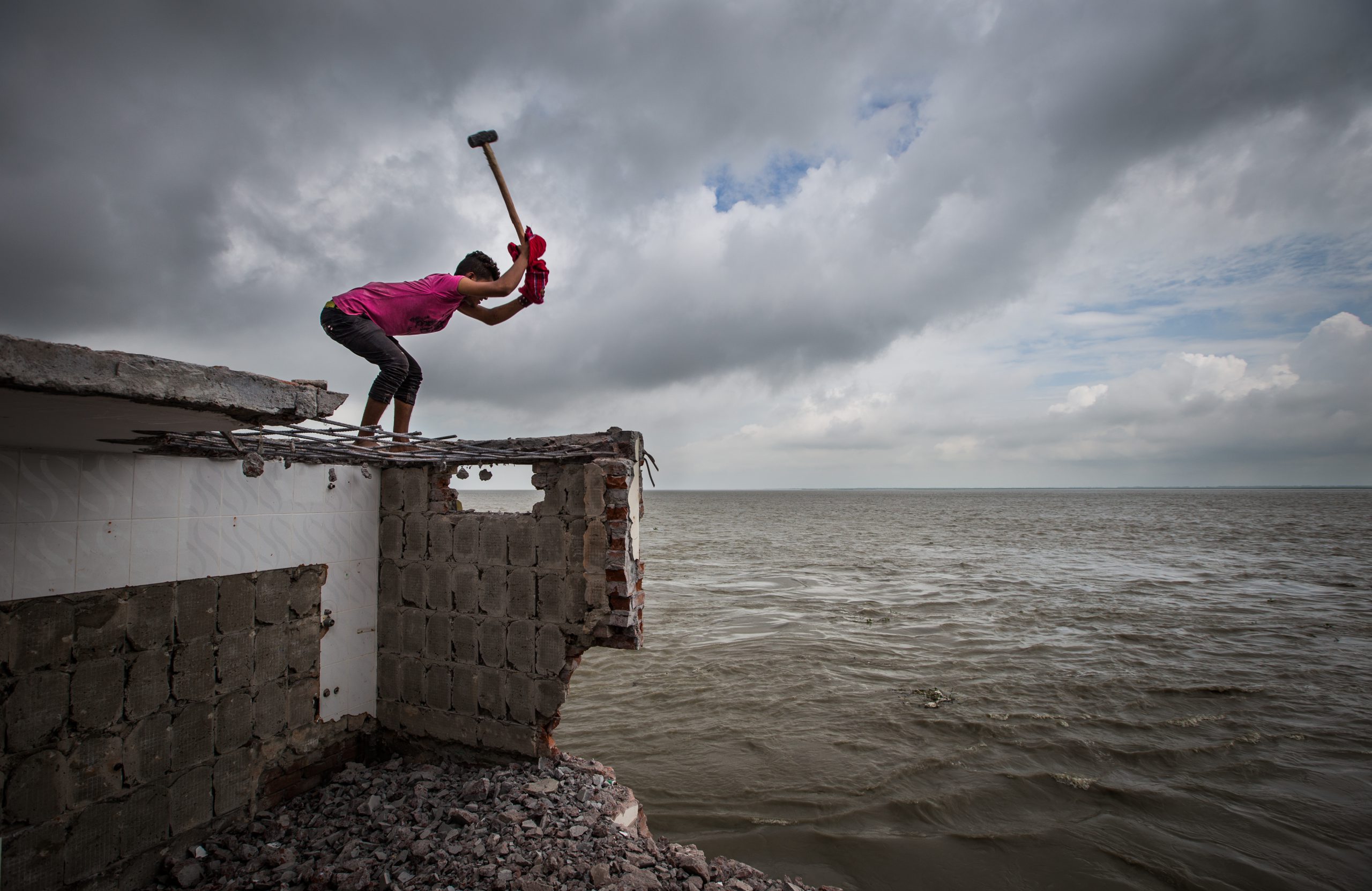 The final 100 images are selected by our seven independent judges, all recruited professionally and compensated for their involvement. The jury will use an additive voting process, within the Climate Visuals library system, assessing photography submissions as single images, with access to captions and photographer information.

The jury will be using the evidence based photographic brief in combination with their professional opinions and lived experience. All seven judges will be convened before the final selection is published to ensure negative preferences, ethical or values based concerns can be raised and incorporated.

Hoda Baraka is a communications specialist, organisational consultant, writer and photographer. She specialises in crafting holistic, creative communications strategies, which are culturally and linguistically conscientious, and centred on empowering marginalised voices. She also specialises in developing long-term strategies centred on equity and justice, building empowered teams, and providing leadership coaching.

Cara Finnegan is Professor of Communication at the University of Illinois at Urbana-Champaign, USA. A scholar and teacher of visual politics, she has published three books of photography history, most recently Photographic Presidents: Making History from Daguerreotype to Digital (2021). Her ideas about photography have been featured in popular media outlets such as the New York Times, Vox, and the BBC. She is also editor-at-large at Reading The Pictures, a non-profit site dedicated to the analysis of news photos and media imagery. Since 2018, Finnegan and Reading the Pictures publisher Michael Shaw have co-hosted Chatting The Pictures, a webcast where they analyse key news photos of the week.

Naina Helén Jåma is an indigenous freelance photojournalist and picture editor. Educated at the Nordic School of Photography. Southern Sami, born and based in Norway.

Allegra Cordero di Montezemolo (B. 1985, Mexico City) is Mexican-Italian, since 2021 she is the director of Morán Morán gallery in Mexico City. She received her BA in Film and Television from CENTRO University in 2008. Her professional experience begins with working in the film and documentary industry, mostly in production. Her interest in the convergence of cinema with other artistic disciplines led her to a curatorial position at the Cineteca Nacional: the conception, curatorship, management and programming of Room 7, a project dedicated to approach and reflect on cinema through multimedia exhibitions. In addition, she was curatorial assistant and development coordinator for the inaugural exhibition at the Cineteca Nacional's Cinema Museum, now La Galería. She was also curatorial assistant and development coordinator for the Mexico Pavilion at the 55th Venice Biennale, represented by Ariel Guzik and curated by Itala Schmelz. In 2015, she was an apprentice curator at the Rolex Mentor and Protégé Arts Initiative, where she worked with Mentor Joseph Melillo during a year of mentoring exchange. From 2013 till 2016 She was the curator and exhibition coordinator at the Centro de la Imagen in Mexico City, in which she was also part of the Research and Curatorial Seminar: Technology, Audiovisual Media and Artistic Experimentation, where she curated the  exhibition Niérika: Archivo Lilly together with Anahí Luna and Arden Decker. A few other curatorial projects include  Fotomuro vol. I, vol. II (group shows) and 1440 by Diego Berruecos;  Casa Estudiantil Octubre Rojo with photographer Eunice Adorno at the Tlatelolco Cultural Center as well as Desandar in collaboration with the same photographer in the Museo de la Ciudad de México; Sentido de Forma, a collective show organised for Fundación CALOSA in Irapuato.

Jameisha Prescod is a multidisciplinary visual artist, filmmaker and chronic illness activist from London. They are driven by storytelling and apply creative digital techniques to uncover powerful human experiences. After being diagnosed with lupus, Jameisha founded You Look Okay To Me, the online space for chronic illness. They explore the social and cultural aspects of living with a chronic condition through visual mediums. Jameisha is currently an artist resident at Forma Arts and a fellow of the Royal Society of Arts.

Tides' love for nature is in her DNA and shown through her various interests in outdoor activity and her volunteering for environmental causes. She started her career in the digital industry 11 years ago, 3 years later she fully committed to non-profit organisations, before combining her digital skill and passion for environmental rights through work as Digital Campaigner in Greenpeace. Her current role is as a Strategic Communication Consultant with Development Dialogue Asia to support work towards issues of Indonesia forests protection, sustainable land use, indigenous communities rights and the fights of climate crisis. She has also worked in the film industry and hopes her experience and knowledge in visual perspective will contribute to this initiative.

1. Register to the Climate Visuals library